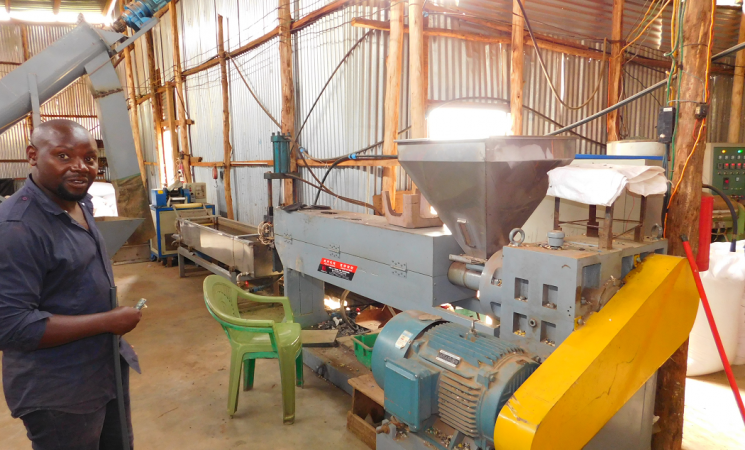 Industrial policy is rapidly advancing in the African continent. Various African countries have declared intentions to promote industrialization in order to expand their economies, facilitate backward and forward linkages, create employment and continually reduce poverty. African States are pursuing new trade and industrialization policy as a pathway for economic transformation of the continent. Agenda 2063, Africa’s most recent shared strategic framework for inclusive growth and sustainable development aims to transform the continent by harnessing the region’s dynamic comparative advantages and integrating the continent’s economies in the global economy.

For the East African Community (EAC), operationalisation of the 2063 agenda has been laid out in its Vision 2050 which positions out a broad perspective in which the region optimizes the utility of its resources to narrow the gap in terms of social wellbeing and productivity. It portrays a future for East Africa of individual prosperity in cohesive societies, competitive economies, and strong interregional interaction. The EAC Vision 2050 lays emphasis on regional integration as a major development strategy for achieving growth with economic transformation and industrialisation at the core of its aspirations.

The current trade pattern suggests that African producers are increasingly connected to global value chains (GVCs), but mainly as suppliers of raw materials or other low-end products.  Industrialisation can facilitate the region to move to a higher level of integration into international production networks at regional and global levels.

In order to transform the African economies not only is growth acceleration needed but also these economies need to achieve diversification, competitiveness and productivity of farms and firms. The State, private firms, workers, the media, and civil society all have mutually reinforcing roles in promoting economic transformation.

It is against this background that the Rosa Luxemburg-Stiftung (RLS) commissioned this study to explore the landscape as well as the requirements necessary for private sector development in the areas identified in the respective five years development plans. The study explores how these are likely to contribute to meeting national and regional development goals and growth as well as accelerating productivity and the social wellbeing of its people based on the principles of inclusiveness and accountability.

The study explores the landscape as well as the conditions and policies necessary for private sector development in the East Africa community region. The areas identified in the corresponding five years development plans in the four countries (Kenya, Uganda, Rwanda and Tanzania) are explored to determine how these sectors are likely to be affected by the challenges facing the EAC integration process and establish how pronouncements in policy documents translate into realities on the ground.

The study makes use of both official and scholarly documents on the areas of economic transformation, industrialisation, trade, regional integration and private sector development. In examining the landscape of private sector composition, the study places particular attention on the priority sectors as specified in EAC official documents.

Main findings of the study

The EAC Vision 2050 starts from the premise that there are weaknesses to be addressed. These weaknesses include; low levels of industrialisation; lack of competitiveness; low investment in research and development; insufficient energy supplies; and weak accountability. These weaknesses are supposed to be addressed through economic transformation and value addition driven by industrialisation as well as transformation of the rural economy where the majority of the people of the East African region reside and derive their livelihoods (EAC, 2016).

The EAC has a wide spectrum of enterprises including large, medium and small enterprises, both domestic and foreign enterprises, public and private enterprises, joint ventures between foreign and domestic enterprises. There are various forms of linkages forged between large and small enterprises. MSMEs (engaging between 1-99 persons and capital not exceeding USD 35,000) account for over 90% of all enterprises in the region and on average contribute more than 60% of non- agricultural employment in the region. However, in practice the position of MSMEs is not what the official policy documents say it is supposed to be. Despite its potentials, MSME’s in EAC are facing several constraints limiting their development prospects, such as low scale of operation, difficulties in securing market, low quality products, limited financial resources support investments’ lack of access to information regarding technology and markets, lack of international exposure, lack of organizational capabilities, poor managerial skill, and the low level of innovative.

Linkages between large-scale enterprises including FDI and MSMEs can improve competitiveness of MSMEs. There are good practices that have occurred where large FDI enterprises have worked with local suppliers to build their capacity for supplying quality to meet the standard requirements of  the large enterprise (case of TBL in Business Model Ia) but there are also failures such as Urafiki textile Mills.  The outcome is therefore not automatic but can be influenced by policy.

Prospects of transformation of agriculture and the rural economy through partnerships between large and small farmers is an opportunity that requires careful analysis. Learning from the experiences on the ground as enumerated in the business model II (Promoting value chains through linkages between large and small-scale enterprises) and looking forward into the future. The study makes a case for three policy options to consider if the business model is beneficial to all actors in the value chain. This includes voluntary cooperation smallholder farmers, legal and regulatory frameworks that support win-win outcomes and engaging in land use planning as a basis for attracting investors to promote local development.

There are prospects of promoting the competitiveness of MSMEs through appropriate support from social enterprises in supporting MSMEs to access to services such as pooled procurement system from reliable suppliers. Financial services, services to facilitate access to markets linkages, technology services to improve quality of products and other business development services that re needed by MSMEs.

Cooperatives and associations can be a basis for raising smallholder voice and bargaining power through cooperatives and other forms of organizations provided they are constantly reviewing this situation not make sure it is maintained. A wide range of types of cooperatives is possible and can be customised to suit specific circumstances. It can originate from a State owned enterprise such TANICA and evolve into a privatised cooperative, it can emerge from donor support seeking sustainability through a cooperative such as the case of Tanga Fresh, or it can emerge as an organised system of cooperative to bring economies of scale in the provision of the needed services and bargaining power. The critical element of success is sustenance of a participatory approach and voice of the members in decision-making processes.

Private sector driven regional economic integration implies a higher level of private sector participation in development of the regional economy. The capacities of business associations at national level as well as those at regional level are at various degrees of development in terms of capacity to perform the functions they are supposed to provide to their members. At the regional level, there are several forums for public-private sector dialogue. However, concerns were raised that monitoring mechanism of implementation of the points agreed in the dialogue is still weak. There is a need for feedback mechanisms to see whether the recommendations are being worked on and if there are any obstacles at the implementation stage. In practice, however, private sector associations are facing challenges of inadequate funding and human resources and partial participation in policy processes in the region as well as at the national level. Of greater concern is that the MSMEs who represent that majority of East Africans are grossly underrepresented in regional private sector associations.

Overall, concern has been raised by various associations over the capacities of business associations at national level as well as those at regional level in performing the functions they are supposed to provide to their members. The private sector associations in the region are of the view that there should be a shared vision by the EAC partner states. Most associations are still dependent on donor funding, a situation which casts doubts on their sustainability. It is generally the case that MSMEs are underrepresented in all major regional and national public-private sector dialogue platforms.

PPPs have been recommended for developing countries especially by the International Financial Institutions (IFIs) and the EAC Private Sector Development Strategy endorsed PPP as a strategy for all the EAC countries.  However, there has been slow response of the PPPs contrary to what was expected. The slow response of PPPs in the region is explained by numerous challenges including inadequate requisite rules and procedures, capacity of regulatory mechanisms and clarity of framework for implementation of PPP. The balance between public and private sector boundaries is a key political challenge whereby the logic of nationalist sentiments and the politics of economic empowerment of domestic private players feature in more contestable ways. PPPs use private capital to finance capital investment, but many of them require long-term payments by public authorities and create budgetary risks.

Investment promotion in the region can be made more inclusive and supportive of building the capacity to be competitive. Investment Promotion and Private Sector Development as contained in the Third EAC Development Strategy (2006 – 2010) aimed to achieve free movement of people, capital and labour but on the ground, this is far from being achieved.  This situation is not conducive to the realization of regional value chains.

Industrial policies should be crafted to reflect the logic of CET that is to promote competitiveness at the regional level before fully opening up for imports from outside the region. However, export competitiveness has been mainly constrained by limited production capacity, high costs of utilities and inadequate infrastructure.  In his regard, the MSMEs are particularly disadvantaged making it difficult to achieve inclusive cross-border investments.

Economic Process Zones (EPZs) and Special Economic Zones (SEZs) is one strategy that has been adopted for acceleration of industrialisation in the region. However, the EAC region has not yet reached a common agreement to how the EPZA/SEZ can be harnessed to address the challenge of high degree of foreign trade dependence as well as the question of balance among national, regional and global trade. In this regard, there is no common agreement on the approach to implementation.

The study established that the role of effective demand in stimulating structural transformation is often underestimated especially in economies where the supply constraint is perceived to be the predominant issue. Without creating links to the rural economy, enhancing incomes in the periphery is a challenge and consequently results into a lack of  the purchasing power which makes the demand for industrial goods a problematic.  However, the demand side can have a profound impact on the path of industrialisation and structural transformation through its effects on patterns of demand and consumption. The study found that since the period of structural adjustment beginning in the 1980s, macroeconomic policies, influenced by neoliberal economic policies, have tended to focus on the supply side and ignored the requirements of effective demand and its implication on transformation.