Research Report on the Management of Conflicts in Kenya-October 2017 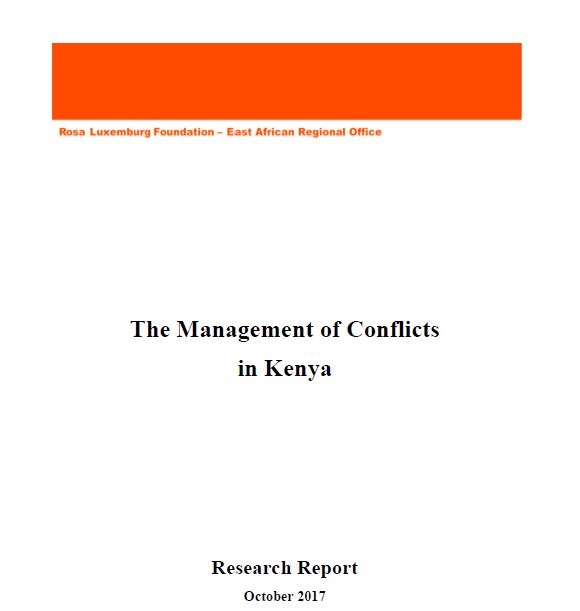 More than 50 years after independence from the British, Kenya is a country still plagued by incessant internal conflicts, some of which are violent. This is despite many efforts by the government and different stakeholders over the years to try to manage and bring them to an end. This report, commissioned by RLS East Africa in 2017 under the Special Initiative on Migration project, looks into the different facets of these conflicts and the role that the Kenyan government (and other key actors in the country) has played so far in containing and trying to end them. It also provides some key specific recommendations and conclusions on what further steps need to be taken to ensure a more peaceful country.