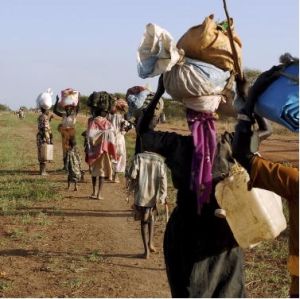 A recent study commissioned by the RLF East Africa Office has revealed the Climate Change is increasingly fueling conflicts – and hence forced migrations – in the Kenya.

The report, which was conducted by the Institute of Climate Change Adaptation (ICCA) of the University of Nairobi, shows that even though on one hand conflicts among ethnic pastoral communities have always existed as part of their traditions and cultures, their recorded increase in frequency and sternness directly link and reflect the frequency and harshness of droughts caused by the recent climatic changes.

Specifically, climatic changes have affected predictability and availability of rain, which is the core of all the two main resources on which pastoral and traditional farming communities rely on the most – water and pastures for their animals.