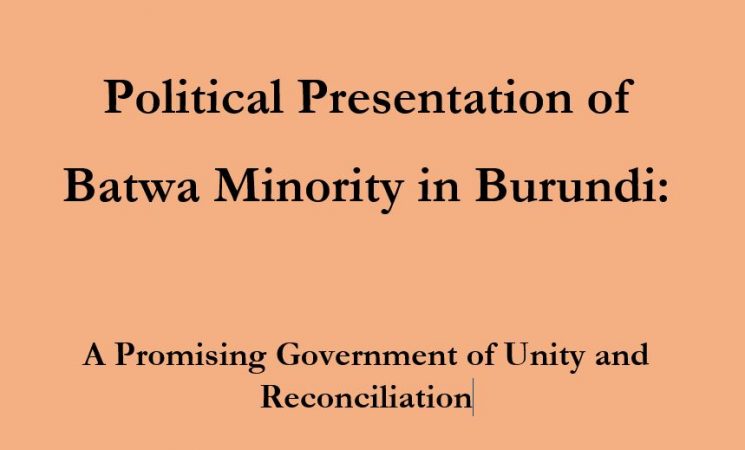 This paper by Richard Ntakirutimana, a human rights scholar and advocate, draws attention particularly to the political inclusion of the Batwa, as Burundi's “First People’’. The Batwa are indigenous peoples originally populating the forests in the Great Lakes region of Africa but who have gradually lost their traditional lands through a combination of a long process of forced evictions in the name of development and national parks establishment. The population size of Batwa is not known for many reasons, but according to the Indigenous World 2019, the Batwa population in Burundi is between 100,000 and 200,000.

This paper is divided into three parts. In the first section, the article considers the political inclusion of Batwa under the current political regime, looking more specifically at the source of power and the exploitative nature of the Burundi constitution. The second section focuses on the human rights situation of indigenous people as well as the position Burundi holds in rectifying international instruments with respect to and promotion of their rights. Finally, the paper is concluded with suggestions.

You may read or download the full paper here.