GERMAN MP ADVISES TANZANIA NOT TO SIGN THE TRADE AGREEMENT 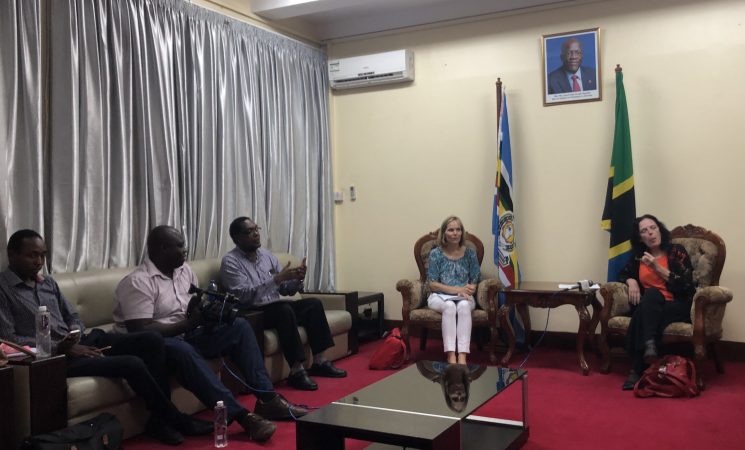 Eva-Maria Schreiber, a German Member of Parliament from the Die Linke socialist party has advised Tanzania not to sign the East African Community – European Union Economic Partnership Agreements (EAC –EU EPA). Speaking on 29th April 2019 in Dar es Salaam in an exclusive interview following her one-week visit to the country, Hon. Schreiber regards the EAC-EU EPAS dangerous as they jeopardize the social and economic developments of the region.

Even though she clarified that her position does not represent the position of the German government, she said that Günter Nooke, the personal representative of the Federal Chancellor in charge of G8 and African affairs, and even Chancellor Merkel herself have admitted in the past that several of these treaties have negative implications for the parties involved.

Hon Schreiber noted that fundamentally, the EPA enables the EU to access African resources more easily while at the same time restraining the continent’s ability to build its own productive capacities. She said that the EPA repeats the outdated concepts of the last 30 years – liberalization, privatization, deregulation – which resulted in more dependence and vulnerability of African economies.

She said that the current EPA arrangements deny African countries their right to self-determination citing elimination of tax collection on a number of EU products whereas tariff revenues contribute a substantial amount to government revenue. She adds that even though African countries are also given an opportunity to export their products to the EU without tariffs, she thinks it will be difficult for African products to penetrate the EU market due to non-tariff barriers, a situation that will expose African economies to more fiscal constraints with consequences on the provision of social services.

Hon Schreiber noted that Article 3 of the Agreement under the so-called Rendezvous clause intervenes massively in the sovereignty of EAC partner countries as it requires them to conclude binding rules in contentious areas such as services, investment, government procurement, Intellectual Property Rights and competition policy. This, she said, will limit the scope of governments to come up with sovereign policies and decisions particularly in areas that governments often use to direct development, promote local industries and nurture the productive capacities.

Hon Schreiber noted that even though other EAC countries have signed the EU-EAC EPA, she support Tanzania in its stance of refusing to sign the agreement citing that the deal does not preserve the flexibility of EAC Member states to pursue industrialization. African countries have the right to determine the future of its agriculture and industry.

Hon. Schreiber concluded by noting that the EU has to put its own economic interest in check and instead support Tanzania to build a robust, free national social service system while on the other hand pursuing a  just trade policy that will help build productive capacities which is much more efficient than any development aid.