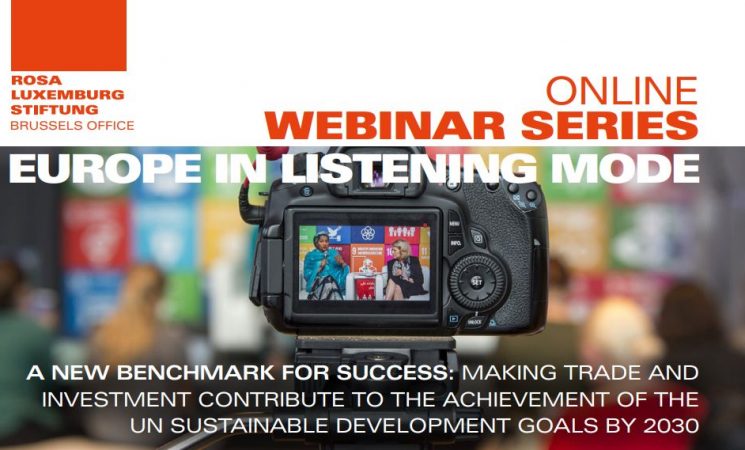 A new benchmark for success: making trade and investment contribute to the achievement of the UN Sustainable Development Goals by 2030

The Rosa-Luxemburg-Stiftung is organising together with MEP Helmut Scholz, Rapporteur for a report by the Committee on International Trade (INTA) on the trade and investment relations between the EU and Africa, a series of online workshops on trade and investment relations between the European Union and the African continent. The aim of this series is to bring reflections and ideas from African officials, parliamentarians,academics, civil society actors and trade unionists from Africa to the process of drafting and to be given appropriate space. The focus of the debate will be an evaluation of the EU‘s region-based EPA approach and how it relates to the African approach of a Continental Free Trade Area, and what needs to be changed to make trade relations between both continents serve the common priority of achieving the UN Sustainable Development Goals by 2030.

Previous article Das Kapital in Kiswahili Next article ALTERNATIVE NARRATIVE’S ON MAGUFULI’S LEGACY; A REMINDER THAT WE OWE HIS SPIRIT AN APOLOGY