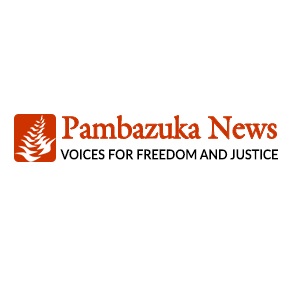 FAHAMU, one of RLS’ partners in East Africa, based in Kenya, has recently launched a Smartphone Application for its Pambazuka News E-Publication. Commenting on why FAHAMU has opted to developed an App as a way of communication, Roy Kithinji, FAHAMU’s ICT Officer behind the project, says the rapid increase in mobile smartphone use in Africa and the world at large means more people are online and can easily be reached there. FAHAMU expects the App will help in organizing more effective campaigns, encouraging more political engagements – especially among the youth and in supporting social movements. The App will have periodic updates to cater for changing readers' requirements and experiences.

The App is available through this link: https://play.google.com/store/apps/details?id=pambazuka.org&hl=en.

Pambazuka News is the authoritative Pan-African electronic weekly newsletter for social justice in Africa and the global South providing cutting edge commentary and in-depth analysis on the struggle for freedom and justice. It is produced weekly by citizens and organisations who together produce insightful, sharp and thoughtful analyses.

It is produced weekly by a community of 2,800 citizens and organisations – academics, policy makers, social activists, women's organisations, civil society organisations, writers, artists, poets, bloggers, and commentators – who together produce insightful, sharp and thoughtful analyses. With an annual readership of more than 800,000 readers it is one of the largest, most innovative and influential web forums for social justice in Africa. It is available by email as well as on the internet in English, French and Portuguese.