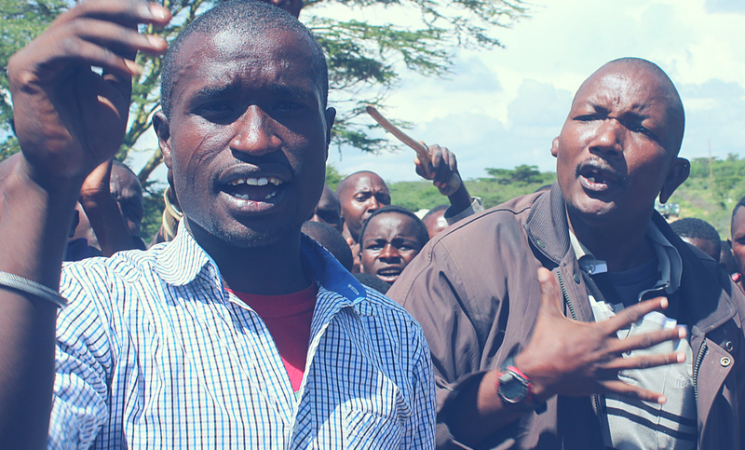 The proposed draft National Land Policy 2016 has maintained strong statements on equal access to land for both women and men and it has recognized for the first time in the history of Tanzania the rights of the most marginalised and indigenous communities such as hunters and gatherers. There is a strong need to further strengthen the current draft policy to ensure it is inclusive and people centred from the drafting stage to its full implementation.

The process of drafting the current policy was rather rushed and less inclusive. Although the secretariat leading the current land policy consultation process acknowledged the challenges they faced in gathering initial stakeholders' views, they continued with a rather speedy process. This has to a large extent left many people uninformed about the process and even those who participated were less prepared to contribute significantly to this process.

In addition, only a limited number of CSOs representatives, among them international NGOs, have been invited to attend the first consultation event that was held on 23rd November in Morogoro. Most of these CSOs got the confirmation for their participation around 6pm on the 21stof November, making some of them unlikely to attend due to logistical difficulties. The decision to invite a limited number of CSOs representatives in such a short notice after their persistent requests undermine state commitment to have an inclusive and open government.

Yet, it remains uncertain, how many consultation events will be held before the final version of the National Land Policy is tabled for cabinet approval. In the same vein, it is unclear whether the prepared policy implementation strategy will be shared for public review, comments and improvement.

Therefore, there is no doubt the current process is yet to take on board the rights of participation of as many citizens as possible, including scholars, and many other groups of people in the society to fully air their views in this process since the whole process seems to be carried out hastily and with little or poor information available in the public domain. If rushed as it is, this process will lead into far reaching short and long term conflicts among CSOs, communities and communities against investors and state authorities. Already, the current process seems to divide CSOs and NGOs in two groups - the elite group of NGOs that are informed and participate in the review process and the left out CSOs. This division, although may not be obvious to many, it is rather clear from how the Secretariat is managing the communication process to CSOs/NGOs and or to the public at large.

Despite many research recommendations [i] over the years which suggested reforms in the current legal framework under which village land is transferred to general land for either public or private investments the new draft keeps the same framework. The transfer of village land to general extinguishes villager’s customary rights to the land in question, making them bear a high proportion of the risk in land-based investments. These cannot be satisfied with the proposed provisions of full, fair, and prompt compensation, but rather, the compensation needs to take care of inter generational impacts of displaced people. Further, displaced people need to be part of land-based investments by using their land as one of the investments’ asset and they deserve to enjoy economic, environmental and social benefits resulting from such investments.

The importance of village land cannot be underestimated. As the draft policy states, about 69.5% of the village land is owned under the customary rights of occupancy and it supports the livelihoods of 80% of the population. Currently, there are only 5.5% of granted titles in the country. Therefore, continued transfer of village land for large-scale investments will keep most villagers not only landless, but render them incapable to maintain their current livelihoods.

While the Commissioner of land is still the administrator of the general land, the 1999 Village Land Act devolved his powers to the Village Council to manage the Village Land. This is among the most progressive achievement of the 1990 reforms in land governance in the country. The current draft policy needs to go further by enriching the powers of the Village Councils and Village Assemblies and more importantly, the peoples’ organisation – the parliament in the top oversight organ in land governance, management and administration.

Titling of all land

Land titling as one form of securing individual and communal rights over land is crucial, but as research [ii] has shown it is neither the priority of the majority of the people in the country, nor the solution to the current shortcomings in the land administration in the country. The core problems of land administration are poor administration, incompetent staff, corruption and widespread moral decay among civil servants and societies at an unprecedented rate. Therefore, land titling itself will neither solve these challenges nor will it improve the livelihoods of the rural poor communities and help the nation attain its development goals.

Current land titling initiatives overlook the extensive evidence [iii] from across Africa, and notably in Kenya, that individual titling does not achieve its goals of securing tenure, but rather accentuates inequalities among rural communities, with particularly negative impacts on women. Also, secure tenure is not by itself a sufficient condition for the improvement of farmers’ incomes; the ‘context’ is what ‘matters’. [iv]

Furthermore, the total move to individual titling will undo the already successful communal CCROs programs, cheaply and efficiently offered by both the government and CSOs around the country, particularly for vulnerable and indigenous communities. [v]

Key suggestions on how to address the concerns of stakeholders

The on-going review process has to be improved so much so that the concerns of stakeholders which are being raised are addressed. The following are some suggestions on how that can happen:

Finally, it is worth noting that these are only a few items among many issues that need further scrutiny to ensure the new policy is people centered and addresses issues of increasing inequality and ethnic and class struggles in the country.

Authors write in their personal capacities.

Here you will find publications published by