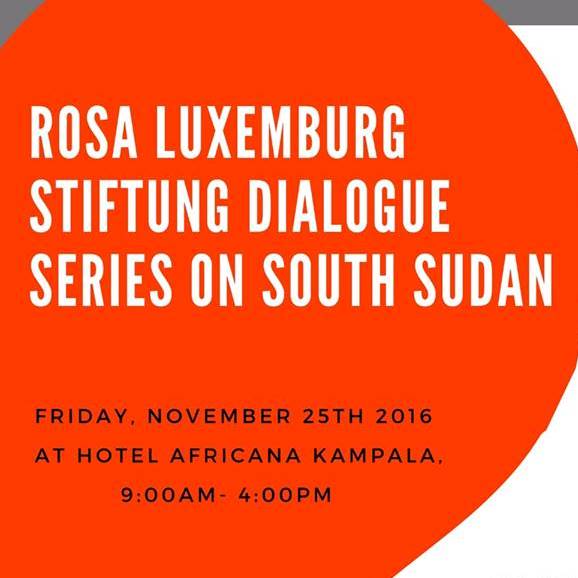 The Rosa Luxemburg Stiftung East Africa Dialogue Series is intrinsic of the East African regional office self – implemented projects in response to the ongoing global and regional social, economic and political dynamics.  The first series on South Sudan will be held on November 25th 2016 at Hotel Africana, Kampala, Uganda under  the theme “HOW DOES SOUTH SUDAN’S ADMISSION TO THE EAC INFLUENCE THE SHAPE AND PACE OF THE REGION’S INTEGRATION’’

The aim of the Rosa Luxemburg Stiftung East Africa dialogue series is to provide a platform for expanding the range of critical debate on trade, trade related issues, investment, regional integration, migration, agriculture, climate change among others. The dialogue series also aim at collecting and documenting views within the round table conferences and sharing the outcomes of such to the wider audience.