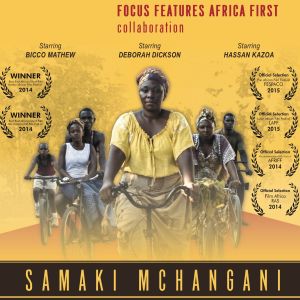 Amil Shivji is one of the young filmmakers from Tanzania. During a tour his two internationally acclaimed and awards winning short films "Samaki Mchangani" and "Shoeshine" will be presented in three German cities.

Shoeshine | 2013
Set in a busy street of Dar es Salaam, this 24-minute film offers a conscious and subconscious perspective of the space and people of a shoeshine boy’s city ranging from the local politician to University students as well as the neighbor tea maker. “Shoeshine” received Best African Short Film at African Film Development Awards 2014.

Samaki Mchangani | 2014
“Samaki Mchangani” (Fish of the Land) is a short film in post-production about the “Africa rising” phenomenon. On the auspicious day when Godfrey launches the first Tanzanian cellular company, he is involved in a fatal accident. Haunted by his series of choices, our young ambitious entrepreneur reveals more than one face of ‘Africa rising’. The film was awarded as «Best East African Short» at Arusha African Film Festival 2014.

All screenings will be followed by an open discussion with Amil Shivji.

Amil Shivji is based in Dar es Salaam as a freelance filmmaker. He believes filmmaking is the strongest medium for bringing about social change by confronting social and political injustice. He has always felt the pull of media having experience as a news reporter and a radio host now as a filmmaker. Neocolonialism, cultural and political imperialism and Palestinian solidarity have been at the centre of his activist and media work. He is particularly interested in using his work to challenge historical and contemporary misrepresentations of the African continent.