Interview: Involve indigenous peoples and communities in the fight for climate justice 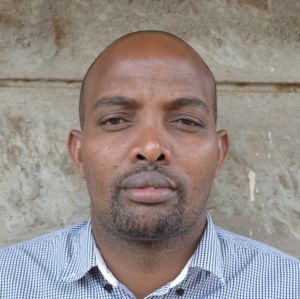 Interview with Manki "James" Twala, member of Indigenous Livelihoods Enhancement Partners (ILEPA) in Kenya and member of the RLF delegation during COP 21 in Paris. In which way is your organization involved into the fight against climate change?

« We document the impacts of climate change on indigenous and local communities livelihoods, especially concerning the Maasai pastoral community. Furthermore, we do research and documentation of indigenous peoples' knowledge and practices concerning natural resource management and their bearing on climate change mitigation and adaption. One example for this is the Pastoral Biocultural Seasonal Calender, a community-based monitoring information system. Additionally, we aim to build capacities among indigenous people by informing them on technical concepts and trends related to climate change, e.g. REDD+. For example, we organize trainings on the REDD+ safeguards.

What are the main topics you are dealing with?

« Our main topics are the recognition, respect and promotion of Indigenous Peoples' rights. We are dealing with land tenure rights, including customary tenure and indigenous knowledge systems. Another issue is human rights and good governance as well as environment and climate change. All of these topics are so important because they address the needs of the indigenous people. »

Which role do those topics play in the UN climate negotiations?

« Land tenure is central to most climate change related interventions, for example Land Use and land use Change and forestry, REDD+ and Climate-Smart agriculture. A human rights based approach to climate change intervention is the focus of the International Indigenous Peoples Forum on Climate change and other human rights NGOs. The REDD+ safeguards also relate to the need of protecting the rights of indigenous and local communities, including biodiversity conservation. Mitigation and adaptation, too, are two main thematic areas of negotiations. Indigenous people demand that adaptation is prioritized and that their adaptation strategies be considered. We try to influence the UNFCCC decision making process towards adopting agreements that respect the interests of indigenous people and local communities. »

What would in general be necessary in your opinion to have successful UN climate negotiations?

« The states should follow an overarching human rights based approach that includes the rights of indigenous people as they are recognized under the  United Nations Declaration on the Rights of Indigenous Peoples (UNDRIP), under the convention no. 169 of the International Labour Organization (ILO) and other international human rights laws. »