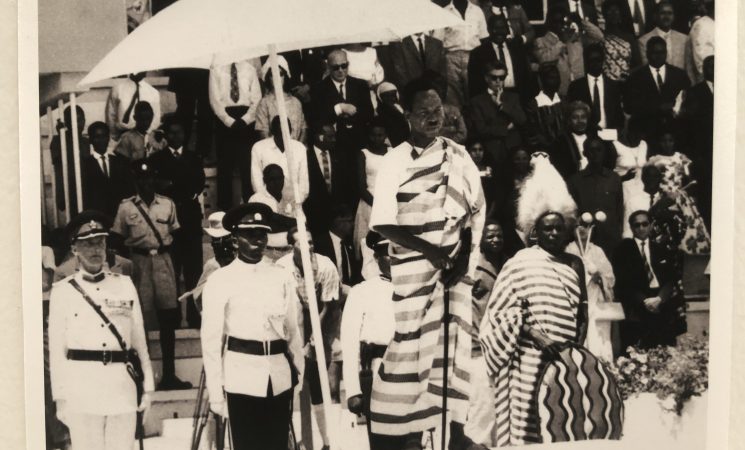 The Rosa Luxemburg Foundation has commenced a three-year research project on the Intellectual Histories in Political Discourses in Eastern Africa. The research proposes to construct such a historical narrative by tracing the history of ideas and concepts that came to occupy both the dominant and subordinate politics since independence. The working hypothesis at this stage is that the history of ideas facilitates the construction of a historical narrative that allows for discourse production inside and outside of the dominant political and intellectual spaces. While these discourses are rooted in both pre-colonial histories and histories of resistance to colonialism, they were either co-opted by the debates of the nation-state at independence or relegated to fragmented histories confined to the academic discipline of History. These discourses were rarely taken on board in the dominant political domain seated in the State. At best they manifested as social grievances as in Tanzania and as politics against the state as in Kenya.

The inquiry takes into account especially the history of Islamic thought on the coast of East Africa in the context of the history of early colonial resistance between the 16th and 19th centuries. Archiving the corpus of literature from this period and linking it to its excavation in the post-1960s political discourse will produce, we believe, an intellectual history that takes both the history and the context of ideas and its political manifestation seriously, rather than insulating the political from the intellectual in constructing a historical narrative.

The contrasting histories of the Islamic intellectual heritage and its post-independence excavation on the eastern coast in Kenya and Tanzania are particularly instructive. In Tanzania, the nation-state discourse was overwhelming right from the beginning. The imaginary of the nation-state was essentially European in its intellectual origin and Nyerere, the leader of the independence movement, was explicit about it.  Nyerere admitted he had questioned many things from Europe “but I’ve not questioned the nation-state. I cannot think, how do I think in terms of not the nation-state?”** Nyerere’s preoccupation with building a unified nation-state was socially understandable and politically rational. In the immediate post-independence period, centrifugal forces, often supported by the former colonial powers, proliferated thus endangering the integrity of the country and viability of the nation-state. Ironically, even the most vigorous debates at the University of Dar es Salaam on nationalism and socialism were constructed within the paradigm of the nation-state. Simultaneously a rich history of resistance to colonial forms of knowledge production was being collected both through histories of city-state formations on the east African coast and the early colonial resistances such as the MajiMaji uprising. These histories were central to discourses outside the nation-state and ones that utilized intellectual lineages outside European frameworks. However even on the campus where revolutionary debates flourished, the pre-colonial and early colonial resistances and thought were relegated to the margins of disciplinary studies rather than integrated in political discourses. The intellectual history of the Campus debates will be part of this Project.

In Kenya it was different. The intellectual debates from the time of independence, while focusing on the building of a new nation-state, were not as unified as in Tanzania and gave rise to intellectual discourse rooted in political opposition to the state particularly on the question of autonomy from the Kenyan independence state. Demands for secession in both Mombasa and the then largely Somali Northern Frontier District (part of the Kenyan state borders), drew from a rich history of Islamic intellectual debates and literature from the 16th century Indian Ocean littoral to justify political sovereignty of these areas. While these debates produce for our purposes, a sharp contrast to the dominant modernizing nation-state debate of the 1960s, they reinforce the state as central in constructing national debates, even when in opposition to the state. The secessionist movements would produce a discourse with a foot in the sovereign nation while drawing on the history of the relationship between Islam and political authority.

In Tanzania, the intellectual histories on Islam’s role in anti-colonial resistance and movement has not as fully appeared on the surface of public political domain except in the context of the debate on Zanzibar’s autonomy. This is in spite of the fact that the 19th and early 20th-century resistance to German colonization was inspired by Islamic imagery, albeit fused with ethnic beliefs and practices. The MajiMaji uprising, the first anti-colonial mass movement that managed to transcend clan and ethnic boundaries, drew heavily from Islam.  Moreover, Nyerere himself was introduced to politics by Waswahili elders on the coast who were the first founders of the proto-nationalist movement. Their role was increasingly marginalised after independence because Nyerere feared that they would undermine the building of a unified secular nation. Since then Islamic intellectual debates have manifested themselves in the public political domain as grievances rather than an alternative discourse.

While there are excellent historical narratives of MajiMaji and early resistance, they tend to underplay Islamic intellectual influence. In the hands of historians like John Iliffe, the heritage has been cast within the African Initiative and modernisation paradigm. One of the aims of this project is to unearth this sub alternity in the construction of intellectual histories.

This will be a three-year project that will be led by Issa Shivji, a law professor (1970-2006) and the founding holder of the Julius Nyerere Professorial Chair in Pan African Studies (2008-2013) at the University of Dar es Salaam and Natasha Shivji (PhD, New York University), a historian and Director of the Institute for Research and Intellectual Histories of Africa in Tanzania and Postdoctoral fellow at the University of Cambridge.

Previous article FACT SHEET: AFRICA SHOULD SUPPORT THE LEGALLY BINDING INSTRUMENT ON BUSINESS AND HUMAN RIGHTS Next article “DEVELOPMENT AS REBELLION: A BIOGRAPHY OF JULIUS NYERERE” IS OUT!
Close